Charlotte Cushman was an American actress–you know what, we just call them actors now–known for her ability to play both female and male roles on stage. 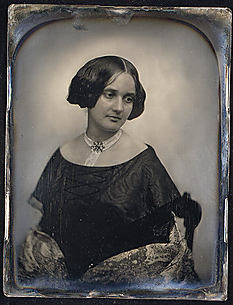 She was born in Boston in 1816. Her roots in American culture reached back to the very beginning of white people in this country. She was the eighth generation descendant of Pilgrim Robert Cushman who helped organize the Mayflower voyage and is known for giving the first sermon on North American soil.

Though she still carried the Cushman name, her life bore very little resemblance to her staunch and austere ancestors. Hers’ was a vivid and storied life, full of art and travel and love affairs with other social pioneering women of the time.

At age 13, to help provide income for her family, she began to sing opera, appearing as a soprano in the Marriage of Figaro with great success. While performing in New Orleans, her voice suddenly failed and it was then she turned to dramatic acting. In 1835 she made her dramatic debut in the role of Lady MacBeth to great acclaim and her career launched.

Acting ran in the family, it seems. In 1839 Cushman’s younger sister, Susan Webb Cushman was 14, pregnant and abandoned by her husband. Charlotte took her in. Susan took to the stage. The two sisters became famous for their performances of Romeo and Juliet, with Susan playing Juliet and Charlotte as Romeo.

In 1843, Cushman had a short-lived affair with Rosalie Sully, daughter of prominent artist Thomas Sully. In these years she began traveling abroad and devoting many hours to the theatre. In 1848 she fell in love with Matilda Hays, writer and journalist and part-time actor. They lived openly as couple in Europe and were together for 10 years.

Other love affairs followed, tumultuous, faithful and unfaithful. And there was her work. She continued to triumph on the stage. She lived for a time in Rome in a colony of artists and sculptors. Before her departure to Italy, Cushman offered a farewell performance at the Washington Theater in the title role of Hamlet. The poster advertising her appearance describes her as “a lady universally acknowledged as the greatest living tragic actress.”

Toward the end of her career she gave a series of “final performances.” As she had began her career with Lady MacB, so she ended it in 1875 with a performance as the most famous wife in dramatic literature at New York’s Booth’s Theatre. She also gave “farewell” performances in Philadelphia and  Boston.

Charlotte Cushman as Meg in Merrilees. 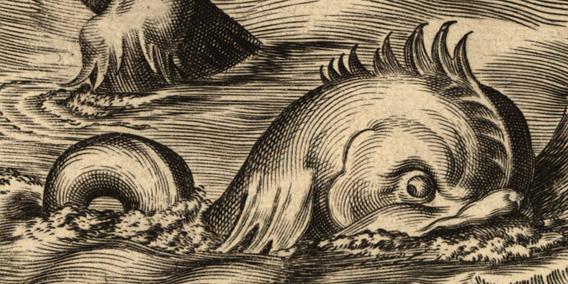 We’re calling these TAPs... Tiny Asparagus Pies. First I had to screw up the pie dough I was making 4 days ago and toss it in the fridge til I figured out what to do with it. Then I had to remember it was in there. Then I had to remember how to make the asparagus filling (ricotta, gruyere, parmesan, lemon juice and zest, chili flakes, oregano, garlic, salt and pepper and chopped asparagus—something like this). Then I assembled and washed them with egg and popped them in the oven at 400 for 20-25 minutes. Can’t remember that part, I got distracted. But they’re good! And, more importantly, they adhere to the cardinal rule of tiny pie in that they’re cute.
Sneak peak of a beautiful thing in progress. #remodelsmithandjones
Big Mom and apple pie energy happening here! Happy Mother’s Day to my Mom, your Mom and all our Moms! Thank you for the everything you gave us and did for us, even the knickerbocker pants in kindergarten. I’m sure I did look cute. Ugh!
Sweet and savory tonight. Sweet potatoes in honey and tomato and cumin from Ottolenghi (thanks EP for lending the book!) and an asparagus galette from the Smitten Kitchen. They don’t really go together but I had ingredients that needed using for both. Dan made it 3/4 s of the way through his plate before it dawned on him we were vegetarian tonight. He’s gonna live.
On the easel today: a portrait based, not on a model or even the memory of a face, but rather the question of what ever happened to him?
Lynx in the hood!
Loading Comments...
Comment
×
%d bloggers like this: